The Mustang is an Iconic muscle car, but one of the most important and well-respected variants of the Mustang was the 429 Boss. In the late 1960’s, Ford just didn’t have the power to compete with the 426 Hemi that Chrysler was using in NASCAR, so it had to do something to remain competitive. The answer was to build a new engine that could compete, and work began on the Boss 429. The engine would have never made it into production vehicles, but NASCAR’s homologation rules required a minimum of 500 cars be equipped with the engine and sold to the general public for it to be used. Because of the modifications required to make the Boss 429 fit inside the Mustang's engine bay, the car has a slightly different appearance that other Mustangs. Up front, a sexy chrome ring surrounded in radiator grille that also housed the two inner sealed-beam headlights. To either side of the grille, you can find another sealed-beam headlight that was recessed into a rounded, rectangular cutout. The front bumper was thin and rounding, wrapping around each side of the front end. Down below, the turn signals were recessed into a small air damn cutout, and a somewhat smooth but functional front spoiler helped to keep the front wheels on the ground. Compared to other Mustangs from the era, the Hood scoop on the Boss 429 was much wider and was, indeed, functional. A set of body lines come to a sharp point at the very tip of the hood, adding even more character to the front end. Make no mistake; this thing looks quite aggressive from the front. To the sides, the most defining feature is that sharp body line that runs from the front headlight fixture all the way back to that air vent on the flared rear quarters. This air vent was rounded on the outside but pointed where it met the inboard area of the body, just behind the doors. The car had rather small side view mirrors and featured a “BOSS 429” Emblem on the front fender. A small flare that surrounds the wheel arches provides just the right amount of character to the side profile. 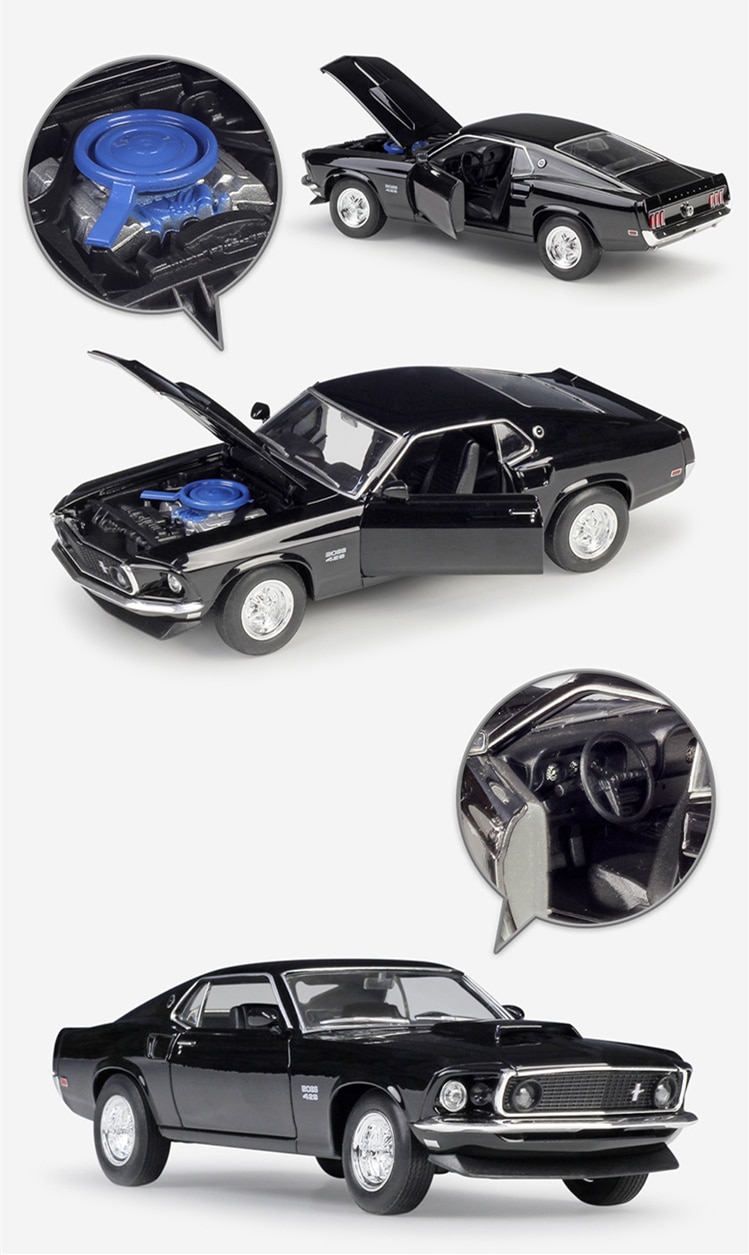 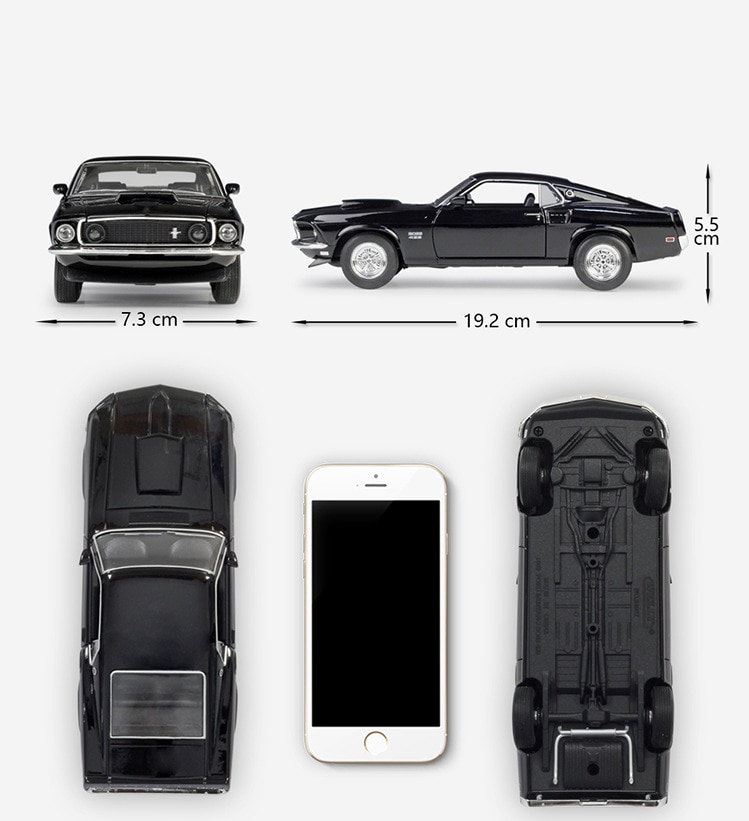 Thanks for your review! it will be published soon. Thank you! your review was submitted
Martha Webb

It’s more than fantastic ... so detailed 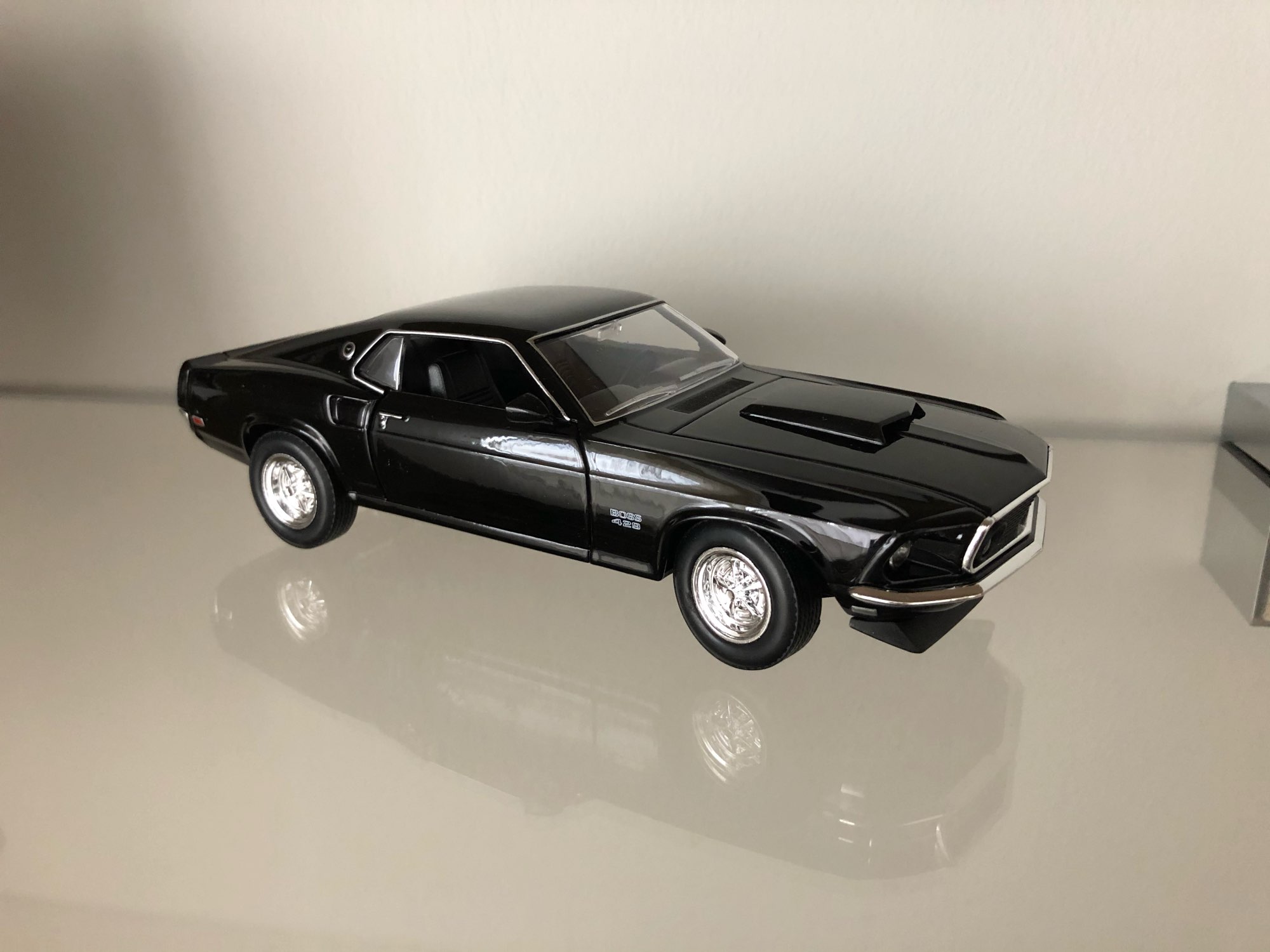